NEW FLORENCE, MO – Victoria Weitkamp of New Florence, a 2016 graduate of Montgomery County R-ll High School, is one of seven students in Missouri to win the 20th annual Project 21 Scholarship competition sponsored by the Missouri Gaming Association, the professional organization representing casino operators in Missouri. As the second place winner, Weitkamp will receive a $1,500 scholarship toward tuition at William Woods University.

Weitkamp won the award based on her article “Impacts of Underage Gambling On Missouri’s Youth.” The article was published in the Montgomery Standard newspaper and presented to a health class at her high school to help educate other students.

“I learned how much more common it is for the underage to become addicted to gambling than those who are older,” said Weitkamp. “I also learned that your brain isn’t fully developed until you are 21, including the part of your brain that controls impulse control. That is why kids who are underage get more addicted.”

Weitkamp learned about the scholarship through her guidance department.
She is a member of National Honor Society and Varsity Track Team and is an A+ tutor. She plans to purse a degree in political and legal studies towards a career as a lawyer.

The Project 21 Scholarship Contest was developed to educate young people that it’s illegal for persons under the age of 21 to gamble in a Missouri casino. The competition is open to all Missouri high school seniors planning to attend an institution of higher education in the United States within four years of graduation.

The students were asked to create an essay, poster or video aimed at educating their peers about the illegality and dangers of underage gambling. The entries must have been published or viewed in the students’ high schools in January or February of the contest year.

The Missouri Gaming Association awards two $1,500 scholarships and four $1,000 scholarships, jointly issued to the winners and the accredited institutions of higher education they select.

“The Missouri casino industry is dedicated to education in our state, both through the funding that results from gaming tax revenues and through efforts like Project 21,” said Mike Winter, executive director of the Missouri Gaming Association. “Our experience has been that young people are most effected by messages delivered by their peers. Project 21 encourages students to learn about the issues of underage gambling and share that information with others.”

ABOUT MISSOURI GAMING ASSOCIATION
The Missouri Gaming Association (MGA) is the statewide trade association of the Missouri casino entertainment industry and related professionals. Formed in 1993, the MGA provides research and information to increase awareness of the economic benefits of Missouri’s casinos. For more information, visit jp2.496.myftpupload.com. 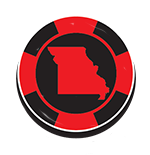 Formed in 1993, the Missouri Gaming Association works to increase awareness of the economic benefits the casino industry brings to the state of Missouri.